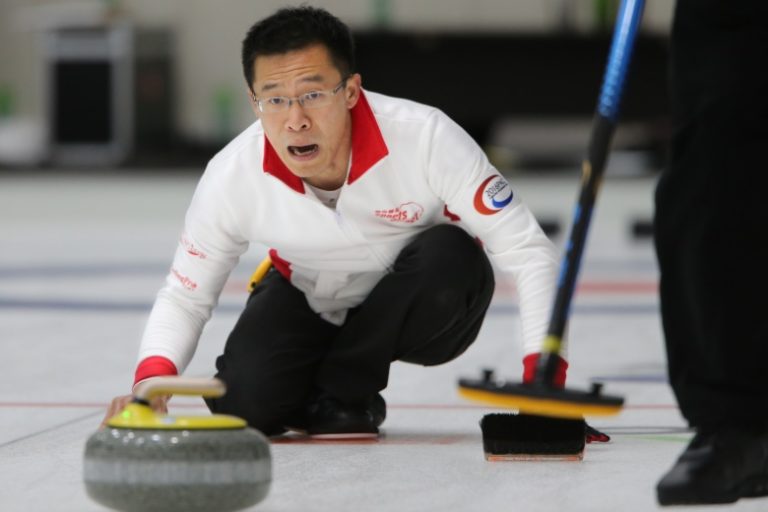 When he’s not putting his engineering and business skills to work in his day job, Jason Chang (EngSci 0T4 PEY, MBA 0T7) can often be found yelling “Hurry hard!” across the ice. Chang recently led Hong Kong’s newly formed national curling team to its first ever international win at the Pacific-Asia Curling Championships.

EngSci sat down with Chang to learn how he’s helping bring this truly Canadian sport to Hong Kong.

Curling isn’t something we associate with subtropical Hong Kong. What’s going on?

Curling is a new sport in Hong Kong (HK), which joined the World Curling Federation in 2014. 2015 was the first year the men competed internationally at the Pacific-Asia Curling Championships (PACC). It was after they competed that I inquired about joining the team.

My girlfriend and fellow EngSci grad, Ada Shang (EngSci 0T7+PEY), is a member of the HK women’s team, which went to the competition for the first time this year. 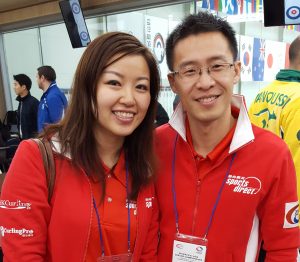 How did you do?

We got our first international win this year at PACC. The men finished in 6th place, which exceeded our expectations. The result helped HK move up 7 spots in the World Rankings to #38. The women’s team also placed 6th, a fantastic finish.

It’s a challenge because there are no dedicated facilities. My teammates in HK practice on converted skating ice once in a while (not ideal conditions for curling) or have to travel to China or Korea to practice. One of my teammates came to Canada for one week to practice with us before the PACC.

Longer term, there is a push to open a dedicated curling facility in HK. The HK Curling Association is lobbying for government support of curling as a competitive and recreational sport, to build curling as a sport for all, not just to win medals.

Why do you curl?

I have been in the sport for 15 years and loved watching it as a kid. I curled in weekly leagues during my time in EngSci and started curling more competitively through my MBA at Rotman – my classmates would always see me with my broom and the professors were very understanding of me missing lectures.

The sport involves so many elements that are important to success: technique, strategy, teamwork – there is always more to learn and is a lot harder than it looks! The best part of the game is how tight knit the curling community is and the sportsmanship. After a match, we sit with the opponents and have a drink. We call our own infractions during a match. Another great thing is it’s a sport you can play for many years—we have members at our club from 5 to 85.

I’m the VP Business Development for MedChart, a fast-growing start-up that provides patients with secure access to and management of their electronic medical records on a secure cloud portal. The company was founded by two EngSci alumni, James Bateman (EngSci 1T3, ECE PhD candidate) and Derrick Chow (EngSci 1T3, AeroE MASc 1T6), through the Entrepreneurship Hatchery.

I am scheduled to represent HK at the World Mixed Doubles Curling Championship in April in Lethbridge, Alberta. If you’re in the area, come by and cheer us on!