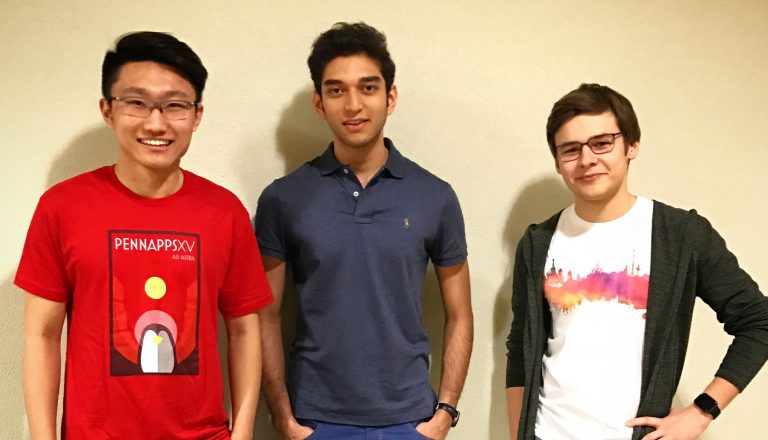 A team of Year 3 EngSci students received top honours at the PennApps hackathon at the University of Pennsylvania for their project called Socialytics, a mash-up of “social media” and “data analytics”. The application uses technology like language processing to analyse large numbers of comments on social media posts and summarize them in terms of overall emotions conveyed.

Siddharth Pai (Year 3 Math, Statistics and Finance), Oleg Milyutin (Year 3 Robotics) and Bohan Zhang (Year3 PEY) beat out over 200 teams from around the world with this project to win the “Best Data Science Project” sponsored by Two Sigma. The close to 700 people attending the event hailed from North America, India, Australia, Germany and beyond, and included teams of graduate students from top universities. “We got to interact with bright minds from around the world and share ideas and opinions regarding the tech world and academia,” says Pai.

For Pai and Milyutin, this was only their second hackathon. They were inspired to take a shot at the PennApps hackathon after placing third, along with teammate Stanley Su from McGill University, at another international event, HackHarvard in November 2016. Their Ace the Interview web-application provides a platform for job applicants to practice online video interviews and receive feedback on their performance.