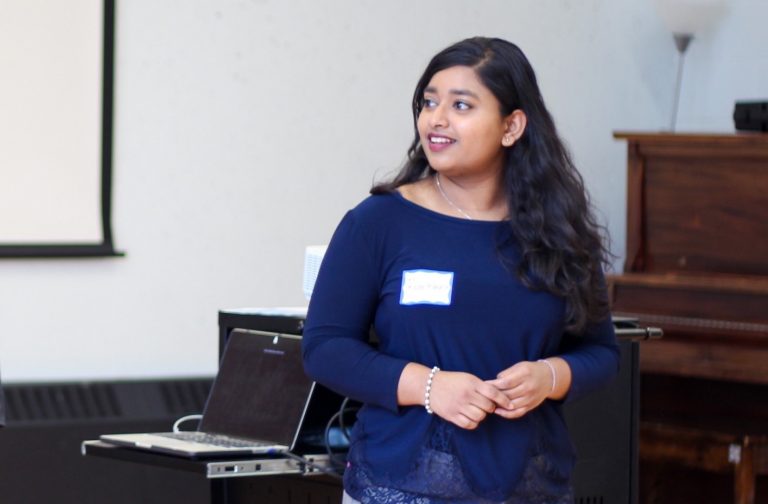 Rosemary Jose is the recipient of a 2020 Engineers for the World (E4TW) Award. (Photo courtesy of Rosemary Jose)

Rosemary Jose (1T9 PEY Energy Systems) came into EngSci knowing that she wanted to use her education to learn about alternative forms of renewable energy and fight climate change.

In 2016, she joined Waterlution’s Youth Advisory Board and co-created the Great Waters Challenge, a national youth engagement program that created conversations around water and a community of over 300 students. As part of the program, she facilitated a training workshop in Toronto, and led participants in the development and delivery of a water-education walk along Garrison Creek.

Later she became a board member of the Toronto Green Community, where she provides support with strategy, fundraising, and partnership-building. In addition to her contributions to the environmental sector, she has also held leadership positions with 180 Degrees Consulting’s University of Toronto branch, where she was a Managing Director. In her three years with the organization, she led a team to support local non-profits and impact businesses towards their goals of making a better world.

Rosemary also acted as a mentor to more junior students and encouraged them to connect their engineering identity with their drive to make a positive impact in the world. Through her involvement with UofT’s Troost ILead, she encouraged students to pursue interests and paths within engineering that were meaningful to them.

Rosemary plans to work in the renewable energy and cleantech sector after graduation.

“I still recall something Prof. Foster said in one of our Praxis I lectures, that engineering can be your skeleton and foundation, or a suit of armour that you put on when needed. I can say with utmost certainty that I’ve embraced the former. Engineering is the lens through which I see the world. It is a culture of problem-solving and innovation that I’m proud to be a part of, especially now that I’ve learned how I can use my engineering skills to tackle systematic social and environmental issues.”
–Rosemary Jose