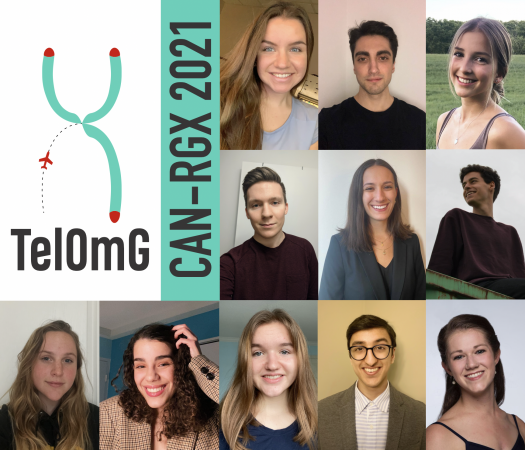 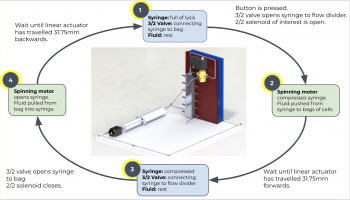 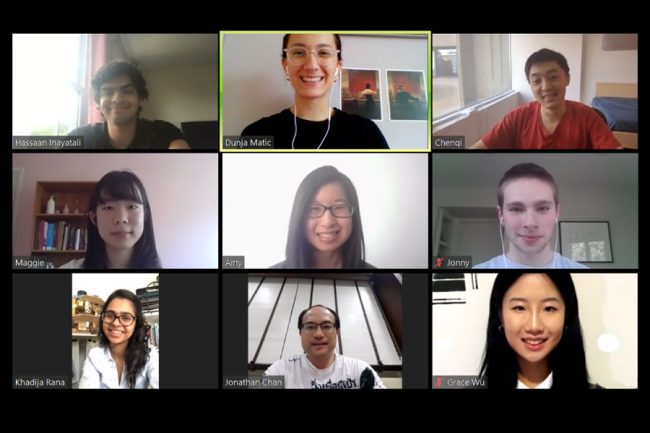 Lauren Streitmatter (Year 2 EngSci) thought she’d be heading to Imperial College London this summer, but the pandemic had other plans.

“I was really looking forward to the hands-on experience working in a research lab, as well as going to Europe for the first time,” she says. “After that fell through, I didn’t have many ideas for a new summer position.”

But a few days after the cancellation, Streitmatter got an email about a new research opportunity, this one at Carnegie Mellon University. The project involved pandemic modelling, so it could be completed remotely, and the supervisor was U of T Engineering alumnus Professor Peter Zhang (EngSci 1T1, MIE MASc 1T3).

“I thought it looked really interesting,” says Streitmatter. “I got an interview and was accepted in early May to start the remote placement. We hope to uncover fundamental physical laws of epidemic processes by designing novel Explainable AI (XAI) methods.” 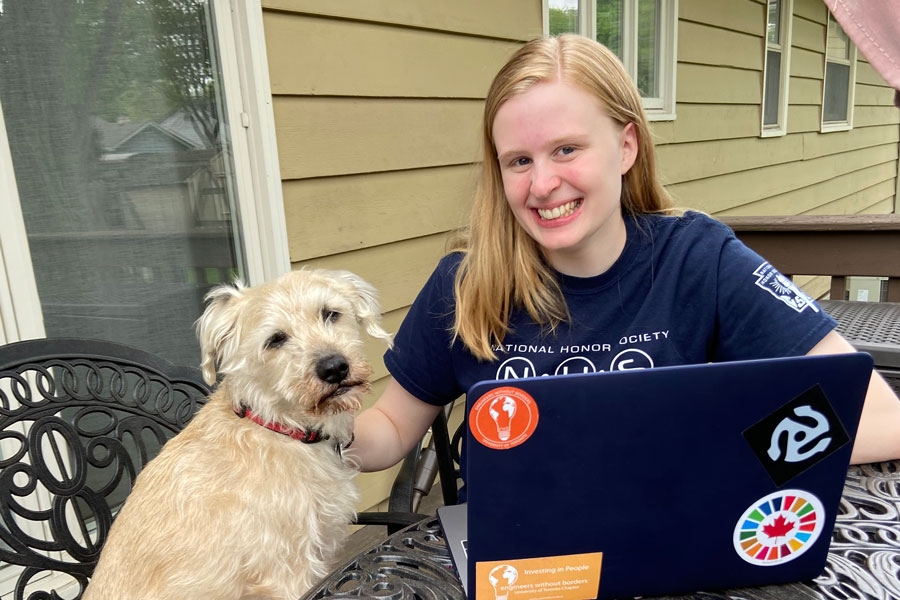 Streitmatter is one of dozens of U of T Engineering students who are forging ahead with summer research placements, despite the physical distancing restrictions in place throughout much of the world.

More than 50 of these projects are supported through the Engineering Science Research Opportunities Program (ESROP), which provides fellowships that are matched by project supervisors. ESROP is made possible by philanthropic donations from many benefactors, including Engineering Science alumni and industry partners.

“We’ve had an absolutely tremendous response from our partners both here at U of T and abroad, many of whom are our alumni,” says Scott Sleeth, Curriculum Officer in the Division of Engineering Science, who coordinates summer research placements.

“Summer is a perfect time to explore and learn in these open-ended projects,” says Zhang. “My mentors — including Dean Emerita Cristina Amon (MIE), David Romero, professors Chris Beck (MIE), Tim Chan (MIE), and Yu-Ling Cheng (ChemE) — lit the entrance for me, and I hope I can do something similar for future generations of students.”

All of the placements are being completed online. Many of them focus on topics such as data science, artificial intelligence, or bioinformatics, which naturally lend themselves to remote collaboration.

Like Streitmatter, some of the students have shifted their placements from one supervisor to another, including many within U of T. But others are going ahead with their original placements abroad, albeit virtually.

“We all have biweekly meetings with Professor Chan and each other to keep updated on relevant online events, such as seminars and conferences, and to check-in on the progress everyone is making,” says Dunja Matic (Year 3 EngSci).

Matic is working on two projects: one which uses physiological data from EEGs or ECGs to train algorithms to classify emotions, and another that uses deep learning (a form of artificial intelligence) to predict the effects of genetic variations.

“I am being challenged to learn about topics that are out of my comfort zone, such as artificial intelligence,” says Matic. “The new plan for this placement is still very exciting, despite not being able to work in person.”

“Everything is going as expected,” says Chan. “There are ups-and-downs as usual and the team is learning to work with one another and their mentors and research collaborators. In some ways, I’d say this batch of students is able to produce even more as they able to focus on the projects that they selected. But we may distract them with some other events so they do not overexert themselves.”

The high number of placements is another example of the way that U of T Engineering is adapting to the new normal.

“I’m quite pleased with how this all turned out,” says Sleeth. “It’s been rewarding to see the lengths to which professors are willing to go to ensure that these students can still have meaningful research experiences, and to support them in their professional development.”