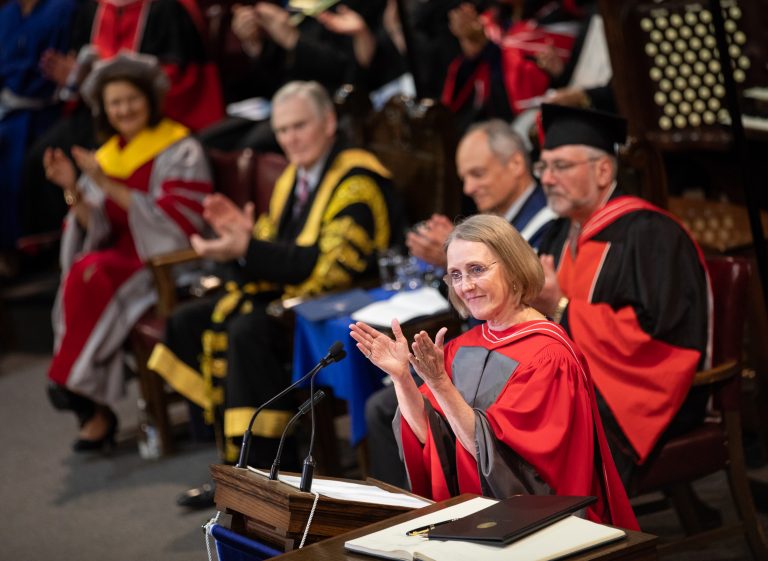 The Division of Engineering Science is proud to congratulate alumna Janis Chodas (EngSci 7T8, MASc UTIAS 8T0), who was awarded the title of Doctor of Science, honoris causa, at the Convocation Ceremony on June 19.

Chodas was honored for her outstanding contributions as an engineer during her distinguished career at NASA’s Jet Propulsion Laboratory (JPL), and her leadership as a role model and advocate for equality in her profession. “Dr. Chodas’ contributions both technically and to diversity of the professional are an inspiration,” says Professor Deepa Kundur, Chair of the Division of Engineering Science. “We say that Engineering Science graduates are fearless and she truly epitomizes that sentiment.”

As current Director of Engineering and Science, Chodas oversees the engineers, scientists and technologists involved in JPL’s planetary exploration missions. She has had significant roles in the design, development and deployment of spacecraft such as Juno, Cassini and Galileo.