Jake Cheng 0T8 + PEY joined EngSci Connect, contributed to the our reporting and won a Fire Tablet this week!

When asked what made him want to engage and mentor, through joining the online community, Jake said “I am always happy to share my experience with people and EngSci students are some of the most talented and hard working bunch that anyone could meet. The potential for these future graduates are limitless!”

Jake Cheng entered the EngSci program back in 2004 and chose the Aerospace option in his 3rd year where he found great interests in courses involving spacecraft attitude dynamics and numerical simulations. In his PEY year, Jake worked as an electricity market analyst at the Ontario Power Authority and experienced the more “business-y” side of the work force. After his graduation from EngSci as an 0T8+PEY, he gained some valuable practical engineering experiences with the Space Flight Laboratory group within UofT Institute for Aerospace Studies (UTIAS) where he worked on the BRITE space telescope mission – a series of nano-scale satellites that are currently operating in space and providing Astrophysicists around the world with valuable data to make new discoveries.

Post grad-school, Jake ventured out on his own and moved to Calgary, Alberta where he leveraged his experiences from PEY and worked as the Policy & Regulatory Consultant for the Industrial Power Consumers Association of Alberta for three years. Concerned and foreseeing the problem of lack of industry diversity in Alberta, Jake decided to move back to Ontario in 2015 and is currently working as a Data Scientist at TD Bank Group, utilizing data to fight financial crimes. 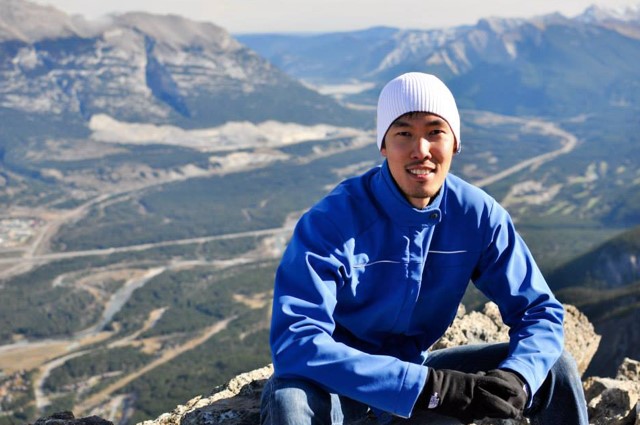 Jake Cheng pictured at the top of a mountain

His strongest “…memories are definitely the 1st year bridge design project with Prof. Colins and the 2nd year cap-stone design project (an egg sorting and packing machine). These experiences made me really appreciate how much work goes into engineering a structure or a system to make sure it works!”

Seeing as this is ‘thesis season’ in the program, we asked Jake what advise he would give to the 1T6’s – “Sometimes it can seem overwhelming with how many competing deadlines are happening at once. Take a deep breath… prioritize and focus on one thing at a time – divide, focus & conquer! …keep an open mind, be curious, pursue what interests you and work hard at it …”