John Pye (Aero 9T2) has worked on many engineering problems, but probably none has had as much public scrutiny as his work on the NFL’s famous “Deflategate” scandal. 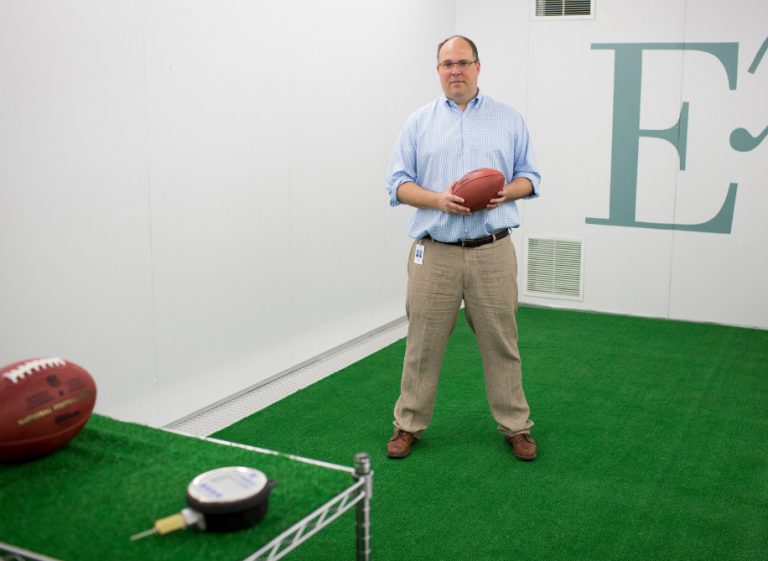 In 2015, controversy erupted after allegations were made that the New England Patriots had tampered with footballs by underinflating them during a championship game. Tom Brady, the team’s star quarterback, received a four-game suspension. The decision received a lively response from football fans on both sides of the controversy.

Enter John Pye and his colleagues at Exponent, a consulting firm in Phoenix, Arizona. Pye has spent much his career working on robotics and is Group Vice President and Principal Engineer at the Exponent’s Test and Engineering Centre. When tasked by the NFL to investigate whether natural environmental conditions could have accounted for the low pressure of the footballs, he and his team brought their engineering expertise to bear. Click here to read the fascinating story in the New York Times.