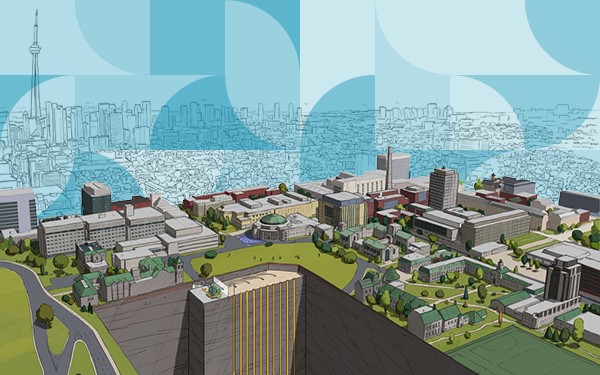 As part of the Climate Positive Campus initiative, the area beneath Front Campus will be used for a large-scale ground source heat pump — a technology pioneered in part by MIE Professor Frank Hooper (EngPhys 4T6). (Photo courtesy: U of T Facilities & Services)

When Jim Wallace (MIE) joined the University of Toronto back in 1978, one of the first people he met was Frank Hooper (EngPhys 4T6).

“I took over a course that Frank had been teaching a while, and he was gracious enough to give me a copy of his notes,” says Wallace, a professor emeritus of mechanical and industrial engineering in the Faculty of Applied Science & Engineering. “Not long after that, he and his wife had me over for dinner. He was so supportive and helpful to the new guy.”

Hooper, who was also a professor emeritus of mechanical and industrial engineering, died in May 2021. He was an accomplished researcher in energy systems – and his legacy includes seminal work on ground-source heat pumps. Today that technology is being demonstrated on an unprecedented scale as U of T constructs Canada’s largest urban geoexchange system at the heart of its St. George campus, which is being built in connection with the ongoing Landmark Project.

Read the full story in the U of T News.