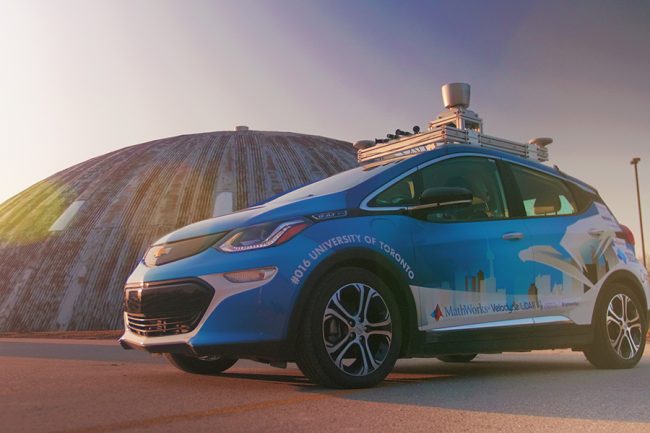 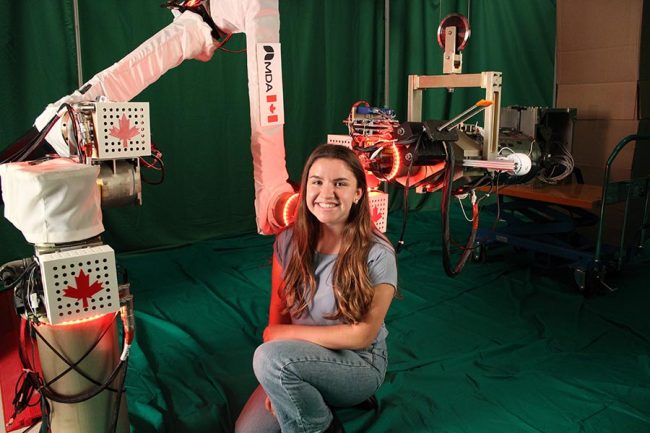 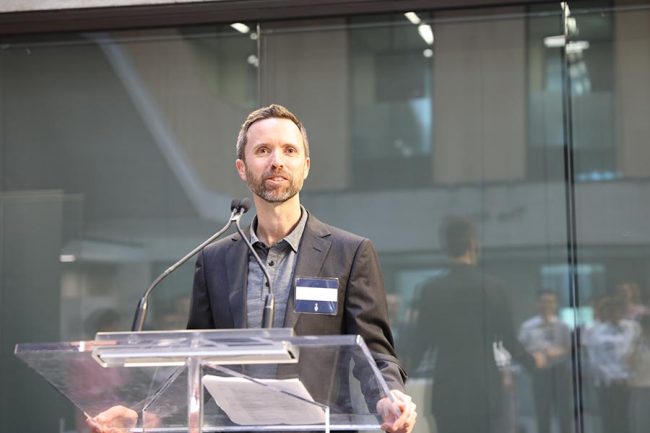 Professor Tim Barfoot (UTIAS), seen here at the launch of the Robotics Institute, held in May 2019, has been elected a Fellow of the Institute of Electrical & Electronics Engineers (IEEE). (Photo: Liz Do)

EngSci alumnus Professor Tim Barfoot (UTIAS) has been elected a Fellow of the Institute of Electrical & Electronics Engineers (IEEE) Robotics and Automation Society.

Professor Barfoot serves as chair of EngSci’s robotics engineering major, and is an EngSci graduate from the class of 9T7.

Learn about his outstanding contributions to mobile robot navigation in the U of T Engineering News.

Update Aug 1, 2017: Check out the team’s Twitter feed feed for photos and videos from their flight. 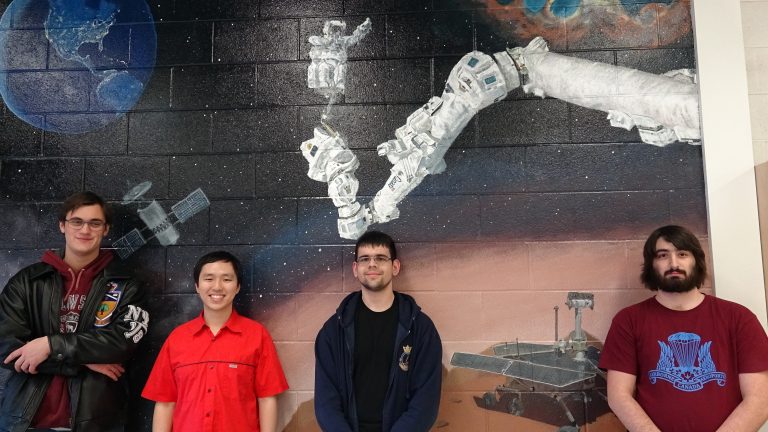 Team AVAIL — left to right, Caulan Rupke (Year 4 EngSci), Neell Young (EngSci 1T4 + PEY, UTIAS MASc candidate), Andrew Ilersich and Michael Lawee (both Year 4 EngSci) — has designed a physics experiment that will be carried out in simulated microgravity. Their results could accelerate the use of 3D printers to address key challenges for long-term space missions.

Not many of us get to experience what it’s like to float in space. This week several of our students will get to experience the next best thing — a flight on a microgravity aircraft where they will try to unravel a complex physics process.

See a video of the effect and learn more about the team’s mission.

Their work will have implications for 3D printing in microgravity during long-term space missions. Here on Earth, it could also help develop 3D printing techniques for new porous materials for use in biomedical engineering.

The team is in Ottawa July 24 – 28 for a flight on the National Research Council’s Falcon 20 aircraft. Read about their mission and follow their progress on Twitter and Youtube.