Skip to Main Content
U of T ENGINEERING
Posted May 17th, 2022 by Christina Heidorn 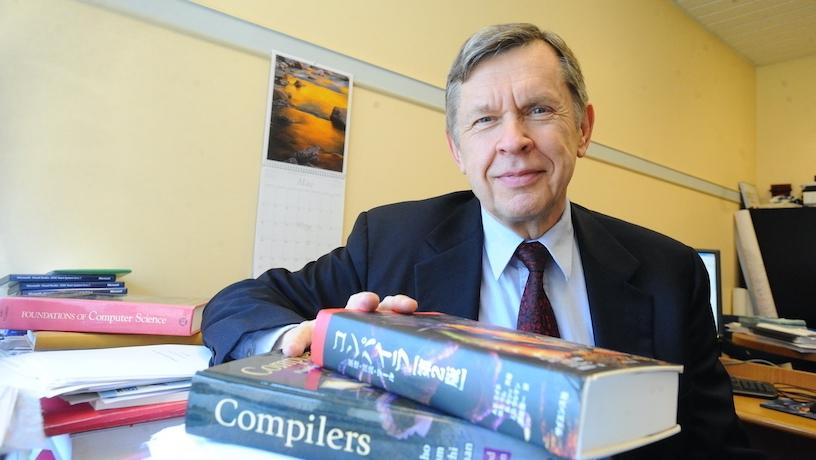 Professor Alfred Aho (EngSci 6T3) was recently elected as a member to the distinguished National Academy of Sciences for his distinguished and continuing achievements in original research.

Alfred V. Aho, the Lawrence Gussman Professor Emeritus of computer science at the Columbia University, is known for his broad and fundamental contributions in algorithm design and analysis, and programming languages and compilers, which translate human-written code into a form that machines can execute. With his longtime collaborator Jeffrey Ullman (SEAS’63), a professor emeritus at Stanford, Aho received computing’s highest honor, the Turing Award, in 2020. Before joining Columbia Engineering in 1995, Aho spent more than three decades at Bell Labs, helping to run the lab that invented UNIX, C, and C++.