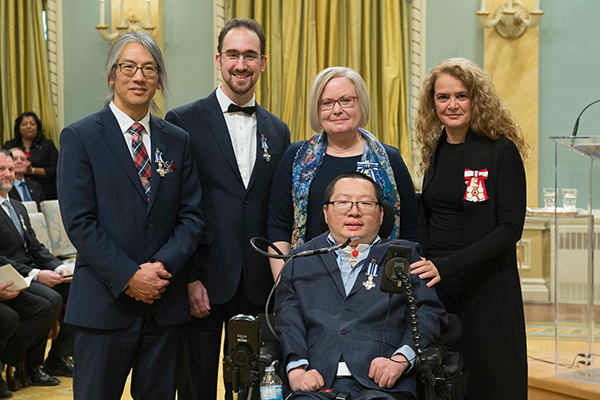 “Professor Chau and his team’s pioneering research in pediatric rehabilitation is world renowned,” says EngSci Chair Deepa Kundur. “We are very proud to count among our graduates researchers who use their engineering skills to have such a lasting positive impact on the lives of others.”

Read more about Chau’s work and this award.

Read about their outstanding contributions to the engineering profession, their community and, in two cases, the arts.

See below for video testimonials from the winners.